Waking Up From Your Lifelong Dream 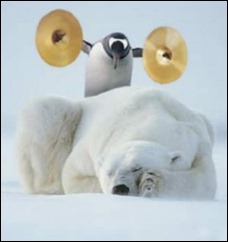 I haven’t written anything in a while.  No big shocker there; the lion’s share of my writing “career” has been filled with long chunks of not-writing, sometimes measured in weeks, sometimes in years.  Generally I’ll get on a tear and write a ton in a short amount of time, then piss away my gains with a month or two of inactivity.  That’s always worked for me.  I’ve never been a do-the-same-thing-at-the-same-time-everyday type, but not for lack of trying.  Binge and purge, so to speak.  That’s my way.

That’s not to say, though, that those spurts of inactivity are completely wasted.  I’ll mull over projects, think my way through a tough patch, even cast the film version of the book that hasn’t even found its way out of chapter one.  Most of all, though, I lament.  And admonish.  And urge: I have to write, I have to write, I have to write.  And then I do.  And if I may say so, the stuff that gets written is all the better for having waited.  The point is, though, in the same way scientists suggest the vacuum of space is actually teeming with activity, the empty spaces between productive writing sessions are usually anything but a cold, silent vacuum.

Over the last few months, I haven’t given a whole lot of thought to my writing, except a generic, “I really need to write something”.  I hate say this, but I just haven’t been that into it lately.  A big reason behind that is my new job, and the inherent stresses involved there.  I’ve been busy, but there’s more to it than that.  My blog used to push out all my other responsibilities, but now I find myself there less and less.  I’ve always procrastinated in my writing, but much of that was about getting the words right, not about lack of interest.  If I didn’t always have a story on the page, I always had one in my head.  And if all else failed, I usually found time to at least worry about writing if not actually do it.

So what’s changed?  I don’t now, maybe nothing.  Maybe this is an advanced, mutated form of writer’s block, attacking not only my ability to write, but my desire as well.  Maybe I’ll get over it once my life’s settled down.  Or maybe I’m too settled down.  I’m happier and more content than I’ve ever been.  Maybe that’s the problem: maybe the drive’s gone away.

Do I still want to write?  Hell yeah.  Do I need to?  I thought I did, but now I don’t know.  The real question is: to be successful, not necessarily in monetary terms, but truly successful, on the page, do you need to need to? 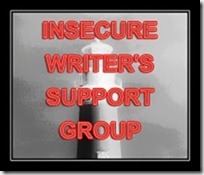 Alex J. Cavanaugh, author of CassaStar started this wonderful thing called the Insecure Writers' Support Group.  The idea is that we all need someone to lean on from time to time.  Some of us are lucky enough to be surrounded by fellow writers, be it in college, a literary-related job, or just the bookworm-stuffed coffee house downtown.  For the rest of us, though, this group is pretty much all we’ve got.

My main problem, I suppose, is not so much my ability to write, but my ability to stand by it.  In other words, I think my writing’s pretty good.  Difficulties arise, though, when it comes time for me to defend my work, or worse, “sell” it.  Giving out my work is the hardest thing to do, and when my prospective beta-readers blow it off, or forget about it, or otherwise ignore it, I can’t help but feel that my writing is crap.  No one’s come out and said point blank that it sucks, and I know most people just don’t read these days, and for every “blow-off” I usually three or four positive responses.  Still, I can’t shake the negative feelings I get when faced with less-than-enthusiasm.

Ultimately, I just have to learn that words are what’s important, not the approval of others.  Obviously, writers write to read, and without readers, what’s the point of us?  More important than even reader, though, are the words themselves, and if I let my insecurities psych me into not writing in the first place, then I’ve truly lost. 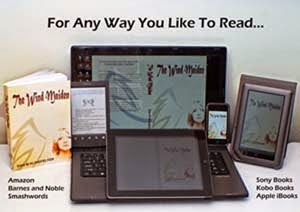 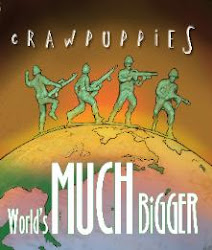